Showing posts from August, 2018
Show All

How to Find Your Tribe in Hong Kong 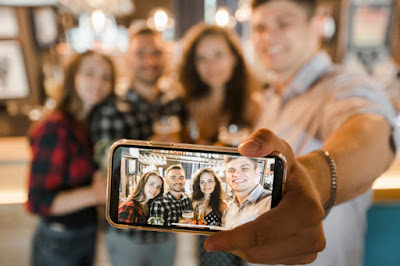 29 Aug 2018 | Veronica Hong Kong is a very transient city and as a result the expat community is very welcoming. It’s normal to be invited to tag along to a birthday party, going away party, or junk party of people you’ve never met. You can easily find other new arrivals to the city – as lost and as keen to explore as you are. But let’s face it: we all have moments questioning who really would be there to answer our Whatsapp call when we really need it. Here are a few ways to branch out and find your ride or dies in the city. 1. Meetup.com Meetup.com is focused around specific interests, and you can find a group for just about everything. If there’s something you like that doesn’t currently have a group? Make it, and you’ll have people joining you in no time. 2. Lani This Facebook messenger bot is run by a group of people who wanted something similar to meetup, but not necessarily focused on one specific interest. Once you’re set up with the bot, you’ll get messages w
Post a Comment
Read more 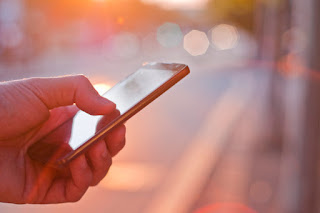 29 Aug 2018 | Veronica Delete those photos from 3 years ago, get rid of that ex’s phone number that is just bad news in your phone anyways, do whatever you need to make space for these 4 apps to get you through daily life in Hong Kong. 1. Google Translate Don’t be scared to walk into restaurants with all-Chinese menus! Download Google Translate and get live translations just by holding your phone over the characters. Granted, the translations are far from perfect but it can usually help to know the basic idea. 2. TakeTaxi-HK Taxi Translator This app lets you to type in your destination in English, and then get large print translation for you to show the taxi driver. Future update is promised to include phonetic pronunciation for you to learn the Cantonese names! 3. Moovit Bypass Google Maps for Moovit in Hong Kong. Get more accurate route suggestions and live updates about bus arrival time for all the different transit companies in the city (although you’re
Post a Comment
Read more 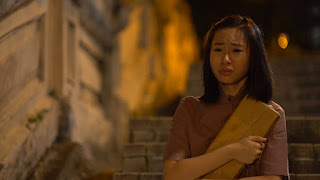 29 Aug 2018 | Ashley The darkest time of human existence is probably when we decided to kill and torture one another for glory, wealth and power, which in a sense are values humanly constructed to be "important", more so than benevolence, love and acceptance. When it comes to the Second World War, many territories fell under foreign totalitarian control, Hong Kong was no exception. I feel, as a young local Hong Konger, that this is a piece of history that we do not talk about often enough. However, this one feature film where I participated in, called "Christmas at the Royal Hotel" (2018), switched it up, and told a heart-wrenching story based on the fall of Hong Kong on 1941 Christmas Day to Japanese occupation. Image: film still from Christmas at the Royal Hotel (2018) With the film's limited budget, American director Craig McCourry has achieved something surprisingly promising. While the audience should not expect any large-scale battle scenes or
Post a Comment
Read more

By Ashley - August 22, 2018
22 Aug 2018 |  Ashley It is undoubtedly a pleasure to be able to share something from childhood with your mother - something that both of you may reminisce about as you grow older. And then in nostalgia you may think to yourselves, "how wonderful it is that we share a common reminder of a time so innocent and curious..." My mother, born and raised in Hong Kong, was an absolute fan of local comics of the 60s and 70s. Her favourite childhood pastime used to be reading "Old Master Q" (original Chinese title:  《 老夫子 》 ) and "13-Dot" (original Chinese title:  《13點》 ). When I was a child, she happily bought me some copies of them from newspaper stands, gradually making those comics an indispensable part of my childhood too. I went to Sotheby's Hong Kong Gallery yesterday, one of the world's oldest auction houses for decorative and visual arts. On display was a very interesting yet nostalgic exhibition - "Old Master Q 2.0 Selling Exhibition&q
Post a Comment
Read more 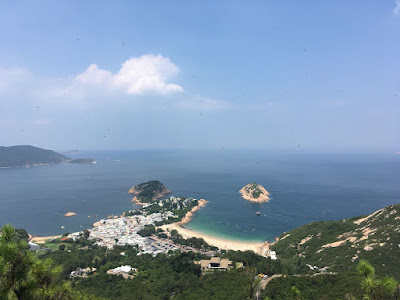 20 Aug 2018 | Veronica After moving to Hong Kong on a whim, I knew very little about what to expect from the city. Two and a half years later, these are 5 of the unexpectedly awesome things about Hong Kong that I love the most. Enjoy! 1. Streets where all stores sell one type of product, and that's it. Looking for sneakers ? A plant ? A pet? Fabric ? New bathroom tiles? Chances are there's a whole street dedicated to it. Rows and rows of stores selling similar items, making your comparison shopping incredibly easy once you know where to look! My favourites? Pet Street (adorable puppies, tropical fish , tiny hamsters!), and Toy Street (a must-go for teachers looking for small, affordable prizes for students!). 2. Endless hiking, beautiful beaches When you think of Hong Kong, it's easy to think of skyscrapers, dense streets, and small living spaces. But did you know only around 25% of Hong Kong's land is developed? That leaves 75% left mostly as country parks
Post a Comment
Read more

By Ashley - August 15, 2018
14 Aug 2018 | Ashley When I was told that this film won the Palm d'Or 2018, I knew it was going to be a breathtaking one, and it did not disappoint. "Shoplifters" (2018) (original Japanese title:  万引き家族)  is a Japanese film directed by Hirokazu Kore-eda. It traces a poor dishonest family making a living mostly out of shoplifting. The story might sound really simple at first, having me thought that the only interesting part of the film would be the shoplifting, but it managed to surprise me immensely with its depth beyond this faulty act. You will find yourself during two full hours of the film, raising more and more questions about even the most basic of things, such as where do these characters come from, what is their true relationship with one another, and most importantly, are they really a family like they say they are? As the film progresses, it will mess with your mind, but in a good way, because that is what keeps it extremely intriguing. Director Kore-eda a
Post a Comment
Read more

By Ashley - August 08, 2018
8 Aug 2018 | Ashley There are only a few movies that can keep my mother awake, and this is one of them. She exclaimed right after the session telling me how amazing it was that her eyelids did not put her to sleep. I have to agree, that the film did a pretty good job attracting consistent attention from a local Hong Kong mother by its very realistic portrayal of a heartwarming mother-son relationship and the familiar setting of Hong Kong's most authentic residential areas. "Tomorrow Is Another Day" (2017) (original Chinese title:《黃金花》) is a Hong Kong film released last year. Tracing the protagonist, Mrs. Wong, we get a dramatic glimpse into the almost broken family of an autistic grown-up child. The film opens with the award-winning lead actress, Teresa Mo Shun-kwan who plays Mrs. Wong, looking into the camera, as if she is doing an interview with the person behind the camera. She talks about her life being occupied by her one son and how her favourite moment with hi
Post a Comment
Read more