What could be more uncanny than seeing a hair that was once part of your body become rubbish for your bin? The answer is no doubt: seeing that hair become an artwork exhibited in a gallery. Yes, that's right. It is an extremely bizarre thing to think about, but Mona Hatoum explores exactly that in some of her artworks.


In a recent exhibition named Remains of the Day at White Cube Hong Kong, works by Mona Hatoum were shown. What impressed me the most was not the installation which I imagine to be the most important and has given its name to the exhibition itself, Remains of the Day (2016-18). Rather, Nail Necklace (2018) and Hair Grids with Knots (6) (2014) held most of my attention.

By its very name, Nail Necklace (2018) is indeed a necklace made of nails. Moon-shaped nails were cut off and linked together on a black model in the shape of a necklace. One might think that the nails here reflect the everyday evolution of our bodies as we exhaust parts which we do not need, but I find this idea deceiving. The act of cutting nails for this artwork is unnatural, unlike what we normally do. You could hardly ever cut your nails at a perfect angle and at one go each time you work on a finger. At least that's me. And therefore, I could conclude that, in order to make this carefully displayed nail necklace, these nails require an extreme amount of concentration to make perfect the outcome. This explains the profound unease which we feel as we see someone put meticulous attention to something we normally regard as no longer useful.

Similarly for Hair Grids with Knots (6) (2014), the uncanny familiarity is evoked in viewers as we observe carefully knitted hair hanging from above. This piece is truly impressive. I saw people closely examining the hanging hair with extra attention. I did it as well. It was an interaction between the piece and us, which marks exactly the uncanniness of a seemingly impossible achievement. How could anyone ever knit their fragile hair? Where does this hair go and how does that other piece make a knot with this one? Before you know it, you would be lost in the labyrinth of its configuration. At that moment, we seemed to have forgotten that these hair pieces once belonged to another human being and that if they lie on the ground somewhere, we would simply consider the sight unpleasant.

In this exhibition, I think Mona Hatoum has really elevated the meaning of "remains" as suggested in the title. Remains is no longer only about the ruins of places (she explores that in her other works). But it could also be human remains, remains which we take for granted and render useless. From the state of owning that part of our body to its detachment to it becoming dirt, is an interesting thought process. This exhibition challenges the value of our remains. 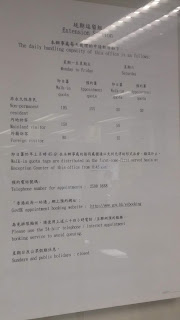 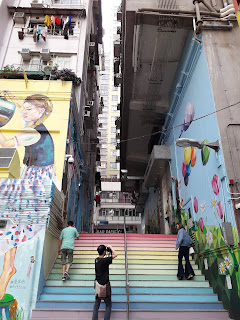